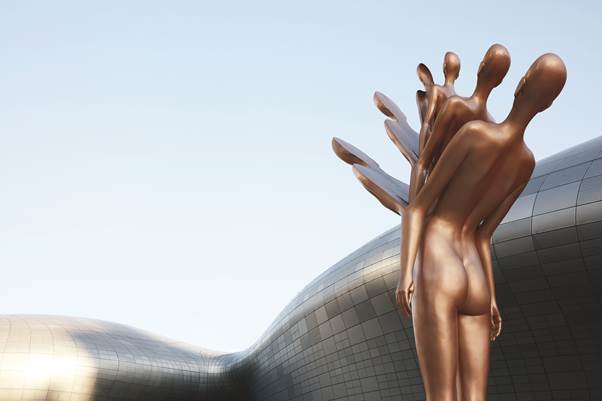 DDP hosted artist Kim Young Won’s sculpture exhibition “Me-Towards Future” from September 8, 2016 to February 26, 2017. Kim’s 17 master-pieces were arranged in and around DDP’s outdoor spaces for six months. This exhibition activated the outdoor spaces of DDP and offered visitors the opportunity to explore the beauty of the human body. 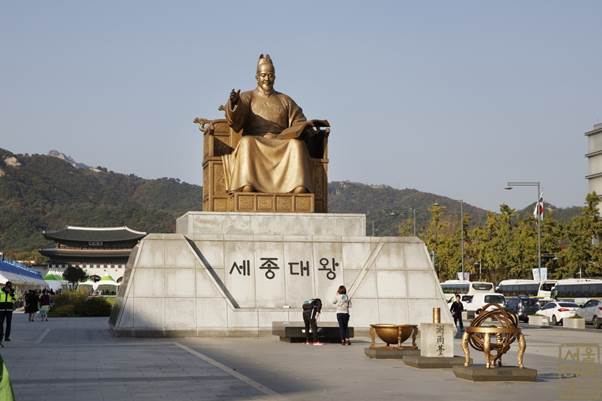 The statue of “King Sejong” in Gwanghwamun square

Kim Young Won opened up new horizons in sculpture with his master-pieces that depict the human body and project the inner workings of humanity. He is best known to the Korean public for the huge statue of King Sejong that sits in Gwanghwamun Square in central Seoul. He also participated in the 22nd São Paulo Biennial and held an exhibition with renowned Italian sculptor Novello Finotti in Padova, Italy. 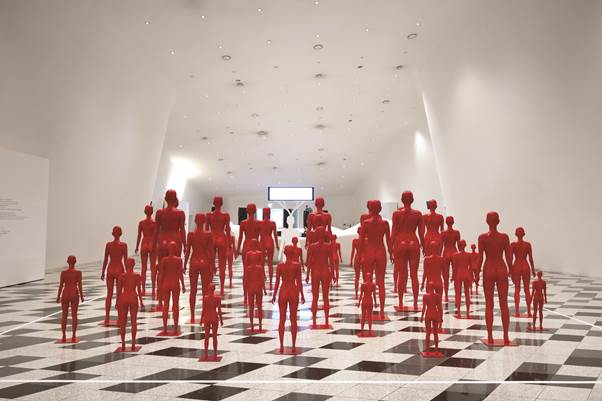 Kim’s works can roughly be divided into three series: “Gravity & Non-Gravity” in the 1970s, “Zen-sculpture and Zen-drawing” in the 1990’s and “Shadow of Shadow” in the 2000s. These art pieces, which represent each stage, were displayed in various spots of DDP.

Kim wanted to combine DDP, a space of material metonymy, with psychological metaphors to bring out a human fragrance from the silver hue that invokes the non-human. 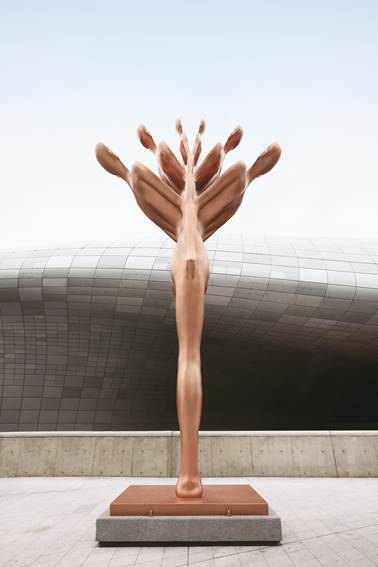 The eight-meter-high work “Shadow of Shadow – Flower Blossom” was deployed opposite high-rise buildings like Doosan Tower and Migliore. Like a flower in full bloom showing off its splendor, a human figure’s upper body was divided into six symmetrically spreading parts. 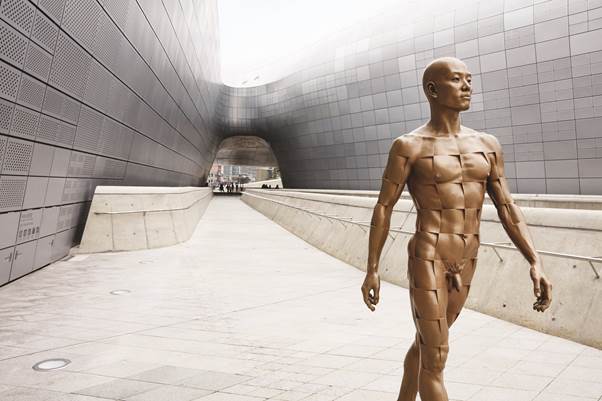 “Gravity & Non-Gravity 88-1,” which stood erect at the intersection of the Miraero Bridge and the Eight Pathway, had differed other sculptures in that it has a square pattern skin. It harmonized well with the 45,133 aluminum panels that cover the exterior of DDP. 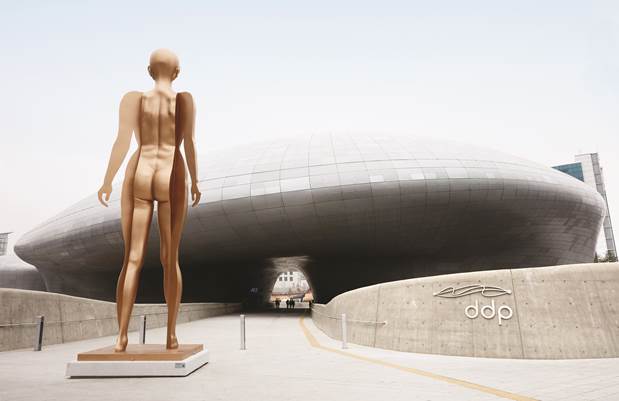 “Shadow of Shadow_The Road” in front of the Miraero Bridge

“Shadow of Shadow – The Road,” which will remain in front of the Miraero Bridge, is a symbol of the exhibition’s theme. This work, with no clearly-defined front or back, is a metaphor for the search for the heart’s path. Because it is located at the start of Miraero Birdge, an external entryway, it takes on the significance of its name, which in Korean means “towards the future.” The Road thus invites visitors to join in the search for the heart’s path, which leads to the future or “Me”.

Closing the exhibition on February 26, Kim Young Won donated “Shadow of Shadow – The Road” in order to return the visitors’ affection for his exhibition. 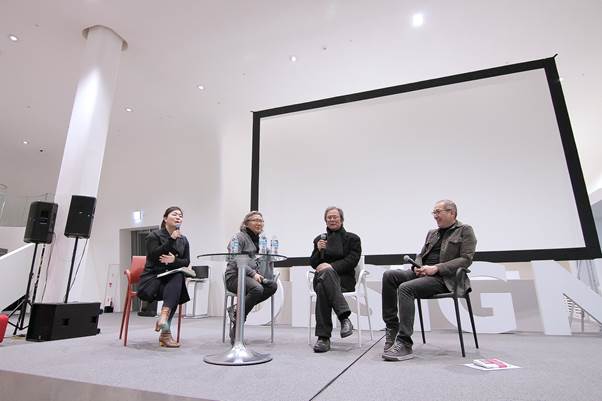 To celebrate this meaningful donation, DDP held a forum about Kim Young-Won and a donation ceremony. Professor Lee Jung-Kyo, who helped plan the exhibition, mentioned that Kim had visited DDP hundreds of times for the perfect exhibition.

Kim Young-Won said in the ceremony, “Standing face to face with this enormous building, I could help feeling diminished and in awe, feeling that in comparison my own work would seem like mere accessories to this DDP. I wanted my sculptures to communicate with DDP at the same level." 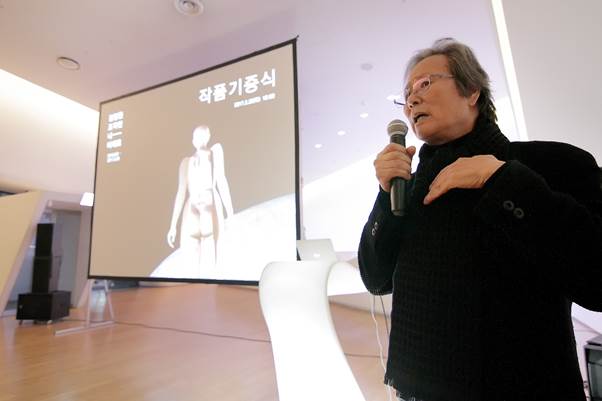 Kim Young-Won at the donation ceremony

“I hope a time and space full of vitality and vigor will be available through this harmonious resonance between the words of metonymy and that of metaphor, so I decided to donate “Shadow of Shadow – The Road” in return for the support of Seoul citizens. “

Through this exhibition, visitors enjoyed indulging in quiet contemplation as they had viewed those sculptures that embodied psychological metaphors.