- GenerationNext Seoul to be held in Art Hall 1 and International Conference Hall, strengthening the event’s reputation as a fashion fair. 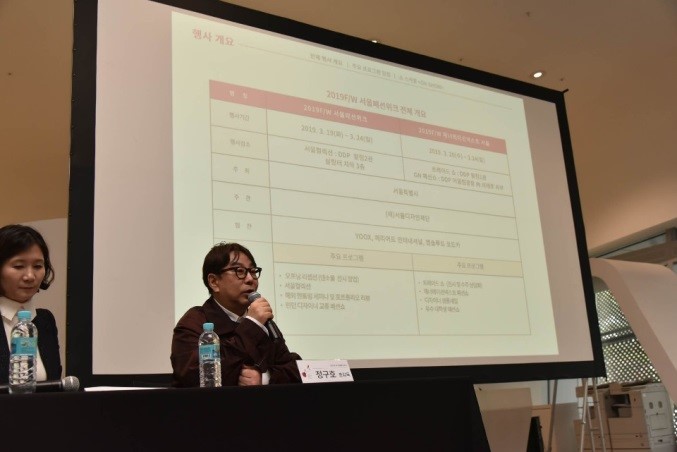 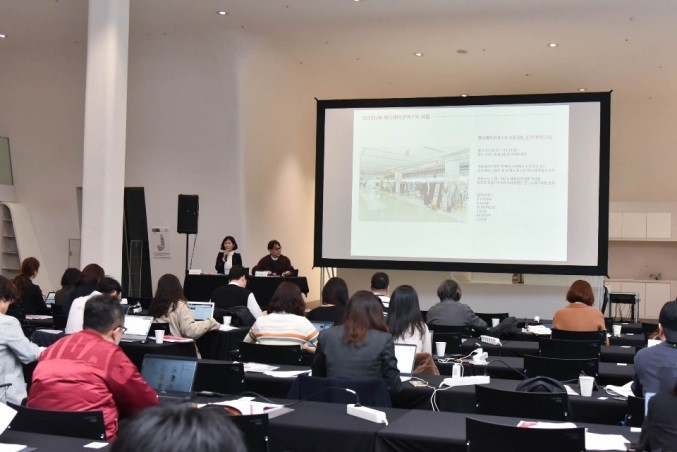 At the press conference, Executive Director Jung Kuho of Seoul Fashion Week provided a general overview of the operation of the 2019 F/W Seoul Fashion Week and the major programs that will be offered. The venue for GenerationNext Seoul (GN_S) for F/W 2019 will be Art Hall 1 and the International Conference Hall, which is where the main fashion show for Seoul Fashion Week has traditionally been held, strengthening the event’s reputation as a bonafide fashion fair. GN_S will also be cementing its global status by hosting a fashion show for the London designer Cottweiler (as part of its overseas fashion show exchange program) in addition to holding mentoring seminars and portfolio reviews conducted by renowned fashion experts from around the world.

This year’s Seoul Fashion Week will also feature more citizen-participatory programs related to fashion, including a pop-up exhibition by Seoul’s 10Soul and a fashion show for university student designers (SFW Young Talents Show). The event will serve as a PR/business platform for individuals in the fashion industry as well as a festival of fashion culture for general visitors that can be enjoyed by all.

Executive Director Jung said, “This year’s event is especially meaningful because of the fashion show by Cottweiler. The exchange program with London, which has a well-established Fashion Week organizational structure, is significant not only as a business link but also as an opportunity to promote Korean designers overseas.”

Jung added, “As of this moment, I believe it is safe to say that Seoul Fashion Week is the most renowned fashion week in Asia. Based on this, I hope that Seoul Fashion Week can grow into a platform that allows Korean designers to branch out into other countries. Going forward, we will continue making efforts to help up-and-coming designers secure a foothold in the industry in diverse ways, such as through the program conducted by Seoul’s 10Soul and collaborations with overseas flagship stores and online shops.”

Oullim Square will be the venue for the Generation Next Fashion Show, which will feature 20 brands that have been designated as next-generation designers, a fashion show for creative studio brands, and a fashion show of outstanding works by university students, which is a new addition this season. As an international contract expo that will feature 95 participating designer brands, GN_S will be held in DDP Art Hall 1 and the International Conference Hall.

Starting on March 19 with a pop-up exhibition by Seoul’s 10Soul at the DDP’s Hino’s Recipe (4F, Design Lab), the 2019 F/W Seoul Fashion Week will be held from March 20 to 24 in Art Hall 2 and the Design Lab (B3), featuring the participation of 33 of Korea’s top designer brands and three corporate brand shows (PEOPLE OF THE WORLD, sfdf X IISE, and FOLLET X YOUSER). A total of 37 “Seoul collections” (fashion shows) will be held as well, including one by London-based designer Cottweiler as part of an overseas fashion exchange program.

Previous
[SDF] Seoul Design Foundation’s “Seoul’s 10Soul” to open pop-up store at Galeries Lafayette
Next
[SDF]“A Collection for Korea,” a Special Kansong Exhibition celebrating the centennial of the March 1 Movement, to be held free of charge on March 1