A subway station namesake is just the beginning for the DDP 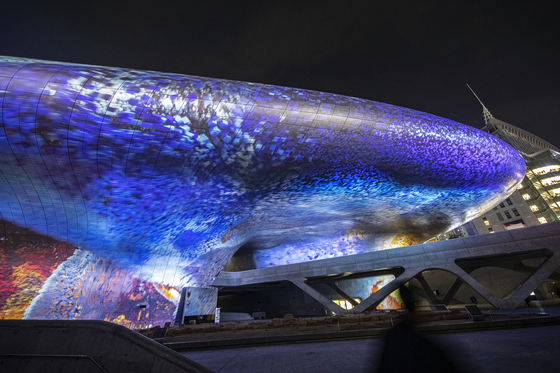 While not remotely as famous as New York's Times Square and its end-of-year celebration, Dongdaemun Design Plaza (DDP) in Seoul on New Year’s Eve won’t disappoint thanks to the "DDP Light" show, which transforms the plaza into a giant media facade processing thousands of images and regrouping them into new configurations and graphics.    Led by world-renowned media artist Refik Anadol, last year’s show dubbed "Seoul Haemong," or dream interpretation, imprinted a marvelous scene on the night of New Year’s Eve for those who visited for the 2020 countdown.