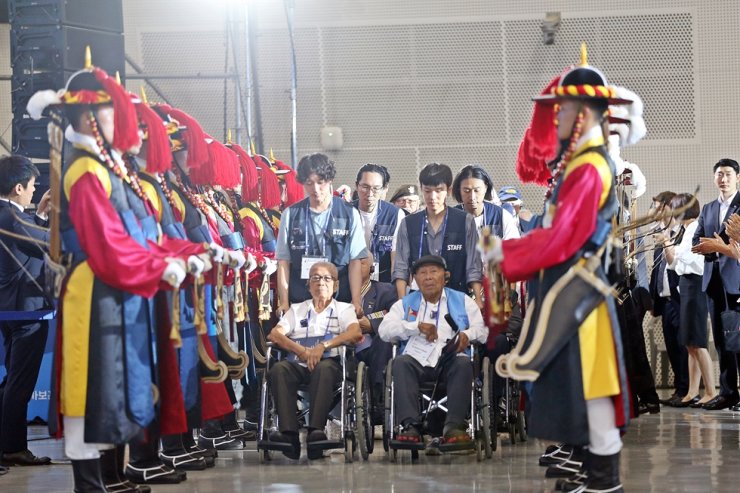 Foreign veterans of the 1950-53 Korean War participate in a ceremony marking the U.N.

By Jung Da-min Korea will honor the heroic efforts of the United Nations forces during the 1950-53 Korean War on July 27, according to the government. The occasion marks the U.N. Forces Participation Day and also the 67th anniversary of the 1953 Korean Armistice Agreement that ended the war.The Ministry of Patriots and Veterans Affairs said Wednesday that it is planning to hold various events to mark the day in cooperation with the 70th Anniversary of the Korean War Commemoration Committee under the Prime Minister's Secretariat.

U.N. Forces Participation Day was designated by the Korean government in 2013 to ensure that future generations inherit the legacy of sacrifice and contribution created by all service members from the 22 countries that defended South Korea.