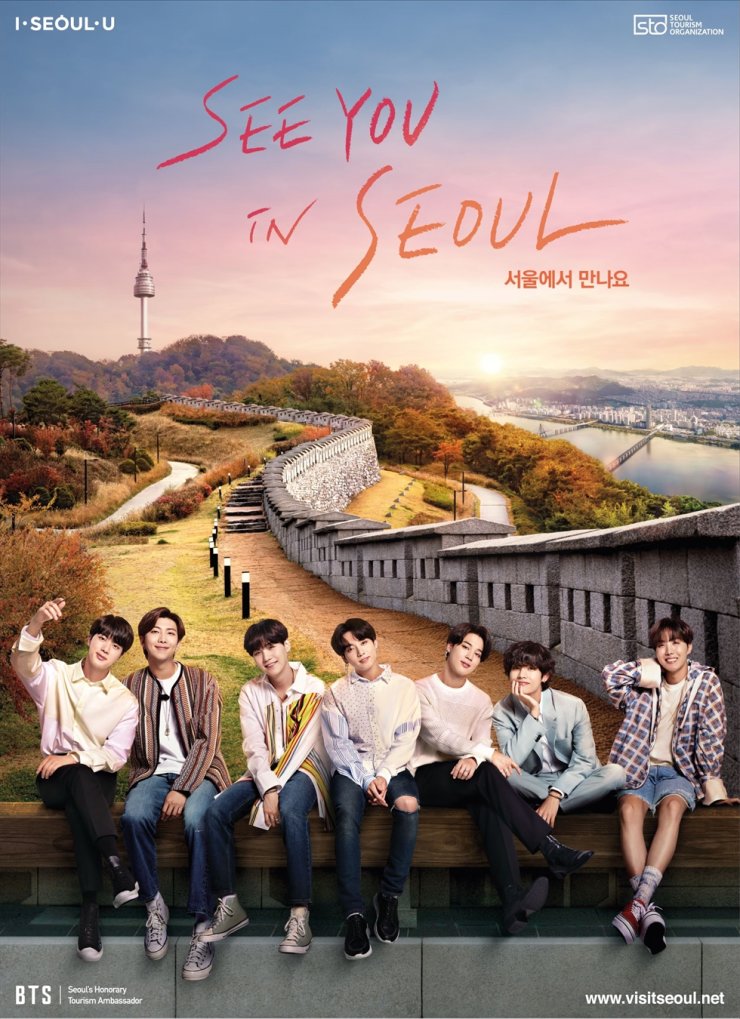 By Kim Se-jeong The Seoul Metropolitan Government plans to roll out a new tourism promotional video Friday, featuring BTS, the K-pop group that made history recently by landing at No.1 on Billboard's main singles chart.The video will be available on visitseoul.net, the city's official tourism website, as well as its other social medial channels at 5 p.m. on Friday. Titled "See You in Seoul," the 112-second video will have each of the seven BTS members introducing seven attractions of the city which include cosmetic shops, inner-city walking tours, activities on the Han River, street food, nightlife, royal palaces and Dongdaemun Design Plaza. "I hope the video will make those who want to travel feel a bit better while travel is restricted due to COVID-19. The city also hopes that when people start to travel again, their first destination will be Seoul," said Joo Yong-tae, an official responsible for the city's tourism policies.